I'm going to wassail with kith and kin in rural Lincolnshire and Edinburgh for the festive period and as a result will be shutting down for a while. This blog will be up and running again (and a bit more active) from January 4th. Have a very Merry Christmas and a less than usually disappointing New Year. And save me a bit of the Pyramint.

Posted by Between Channels at 13:48 3 comments:

Her Eyes Are A Blue Million Miles

I never thought Captain Beefheart would outlive John Peel - I don't know why, maybe because the former's voice sounded so old and gnarly, and because the former was always on the radio by my bed. I have dozens of old teenage notebooks that have covers filled with slanted written-in-the-dark handwriting, courtesy of listening to Peel in bed with the lamp off, and then having to note down the title or creator of a particularly startling piece of music. I don't do that anymore -partly because I've got older, and music no longer plays such a central and impulsive part of my life as it did before, and partly because the one true easily accessible conduit for 'my' music (Peel) has gone. However, I've got into more contemporary music (Demdike Stare, Forest Swords, Hardy Tree, Mordant Music, Pye Corner Audio, D D Denham etc etc) in the last year due to the blogs and sites mentioned in my links list. By digging around a bit I feel like I've got a bit of my old enthusiasm back. Thanks everyone.

I miss Peel's Festive Fifty, but don't really miss Captain Beefheart and The Magic Band because they retired years ago and I've got most of their music. The song below is one of my favourites - Don Van Vliet was married for 40 years, which I didn't know.

Posted by Between Channels at 16:07 No comments:

Posted by Between Channels at 20:00 No comments:

More vintage covers from 'Computer', and all designed by Frank Yanai. 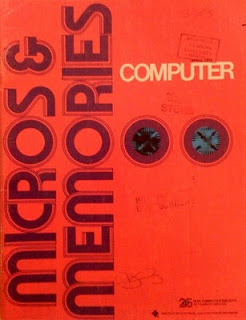 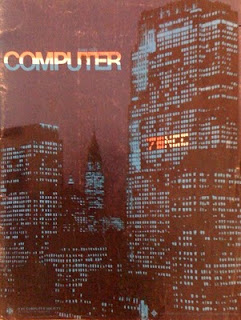 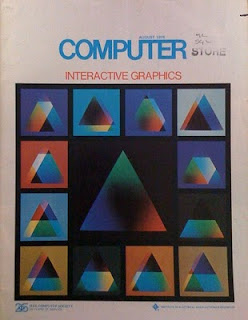 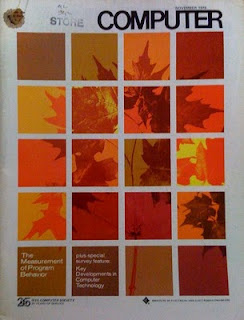 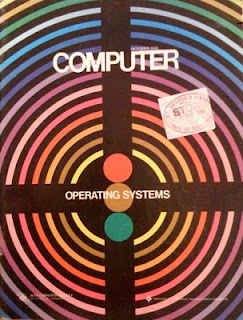 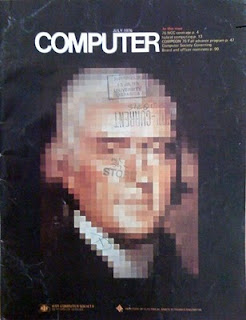 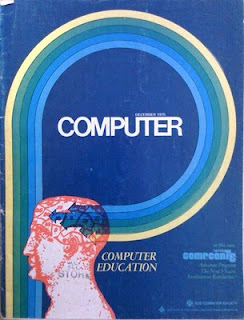 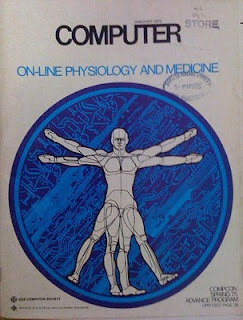 Posted by Between Channels at 02:50 5 comments:

These covers for 'Computer' Magazine date from 1975 - 1976 and were designed by Frank Yanai. 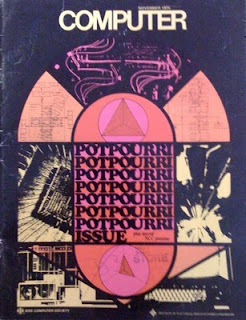 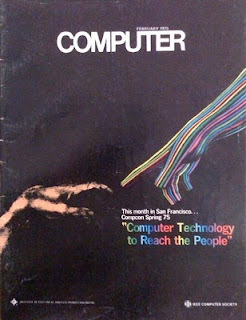 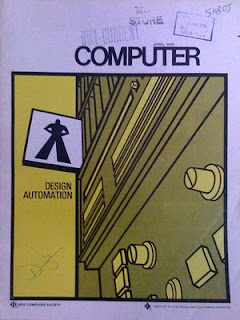 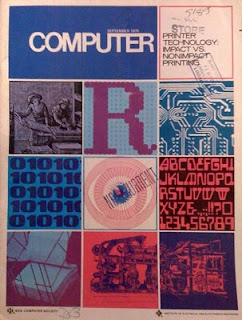 Posted by Between Channels at 15:16 2 comments: 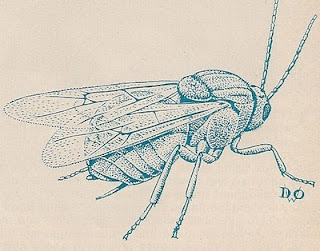 From 'Wildlife and the Countryside' November 1967, illustration by Denys Ovenden.
Posted by Between Channels at 06:36 No comments:

These images are taken from 'Under the Ground' by Peter Usborne, published by Macdonald Educational books. The illustrations are by Derek Collard and Pace Studios. I like the overlays (ink and paint on real textured backgrounds)and the general flair with which the various roots, burrows and even worms have been drawn. The cover was probably great too, but sadly it's missing from my copy. 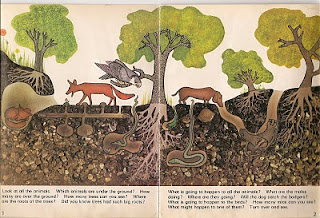 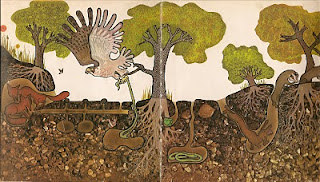 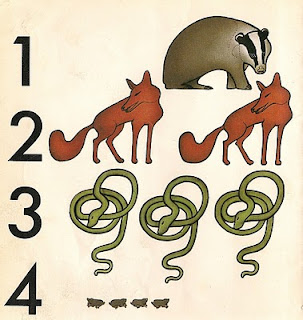 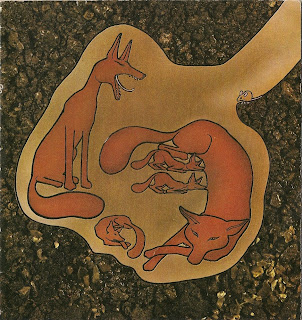 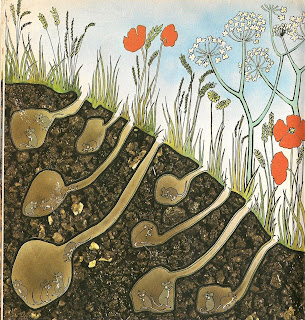 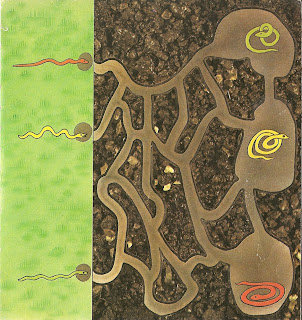 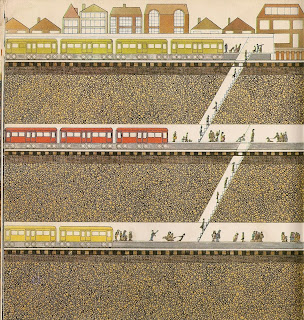 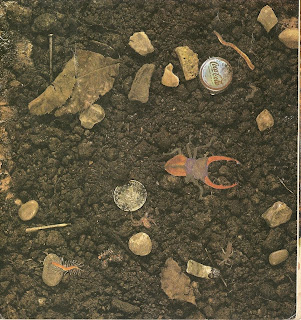 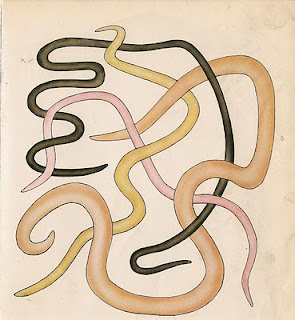 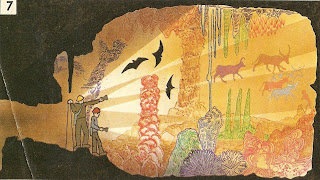 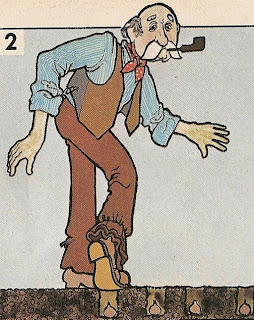 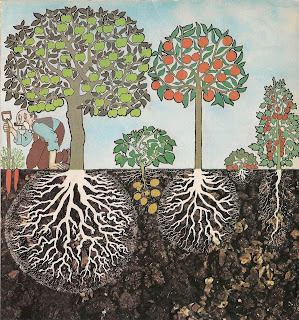 Posted by Between Channels at 06:08 No comments:

Hemmed in by a dozen inches of powdery snow and thick ropes of ice, my thoughts have turned to winters past, and in particular the wild and windy walks I used to embark on with my parents as a child. One trip in particular has stuck in my mind, as I came face to face with a piece of early twentieth century aircraft detection apparatus, abandoned and mottled with lichen in a field at Kilnsea, on the Holderness coast. The sound mirror was a pre-radar device that was used to pick up the soundwaves produced by enemy aeroplanes as they droned towards the coast, with the concrete dish directing the sound to a microphone set in the base of the mirror. I would go about their usage and history at length but there's no need because this site has everything you need to know about them. 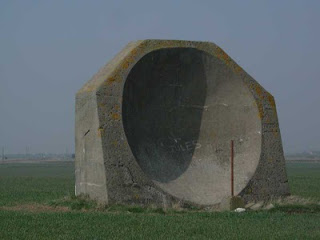 Part of my fascination with sound mirrors comes from the fact that as well as being a technological dead end (detecting something by listening for it and waiting for it to arrive was bound to be superceded sooner rather than later)they are also situated in some of the less well-known areas of the British coastline. The names are not overly familiar; Kilnsea, Boulby, Denge, Seaham, Joss Gap and Warden Point - but they are definitely names to conjure with. Edwardian gentlemen, muffled against the cold, are sat in the shelter of their giant concrete discs grimly waiting for the whisper of Zeppelins or Gothas which will bring down destruction on Holderness or Hythe. It's the idea of science fiction before it became a stereotyped genre - as intoxicating an idea to us 21st century folk as the Royal Artillery and Royal Yeomanry battling with Martians in Surrey. Thinking about it, a stone saucer is a very good emblem for all early science fiction (or all science fiction): new thoughts tethered by old ways. 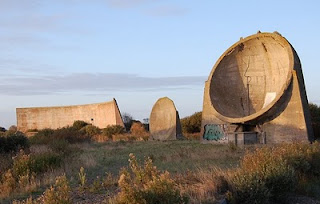 In addition they look pretty impressive as well, almost attractive with their purposeful curves and bulwark solidity. They are a good example of the utilitarian design becoming romantic and mysterious. 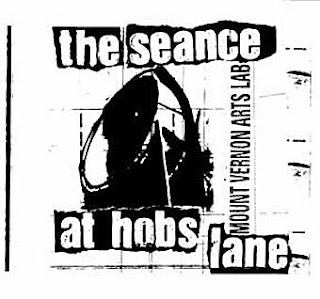 Drew Mulholland knew where it was at when he put one on the cover of the original release of 'Seance at Hobs Lane'. Time and obscurity have granted these graceful objects an aura of mystery. Defunct technology will always interest us, especially when its primary function is no longer viable. Like a bank of televisions that can no longer transmit a picture, a treeless coast of sound mirrors, a fossilised Jodderel bank, will always arouse the hauntological curiousity in me. New signals may still be detected on wintry days like these...