These primary school geography textbooks were published by the University of London Press in 1960. They are written with a very clipped, precise but entirely uncondescending voice. Pupils are asked to 'Cut out a paper spiral thus:' 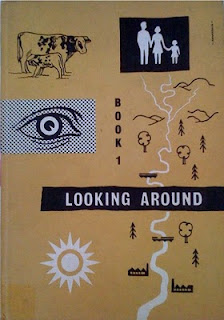 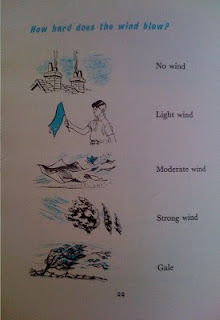 The second book has a very urbane title: 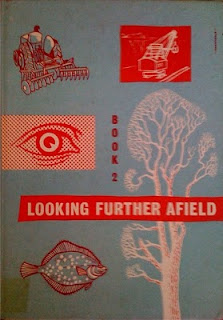 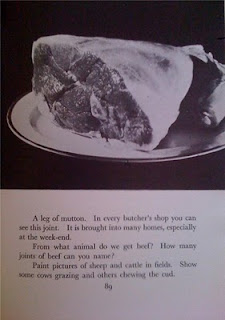 The number of primary school children familiar with legs of mutton in 2010 = zero. 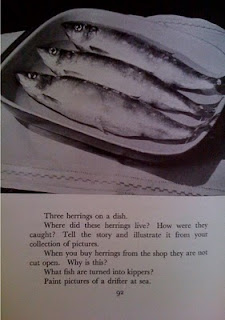 Three herrings on a dish. Paint pictures of a drifter at sea. Drifter at Sea sounds like a beatnik Dirk Bogarde film.
Posted by Between Channels at 06:40