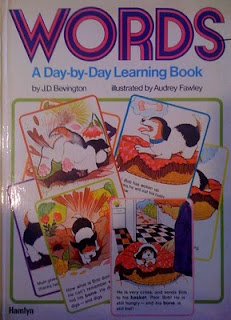 Just a nice, easy-going book to help us learn to read. OK. 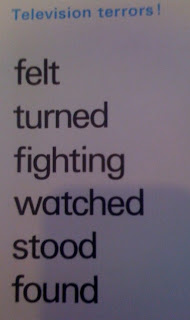 Is that television terrors up there? 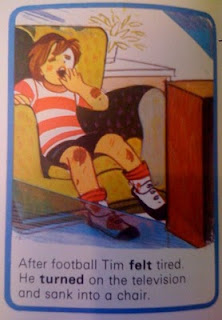 Just chilling out. Nothing wrong with that. Maybe take those boots off, eh? 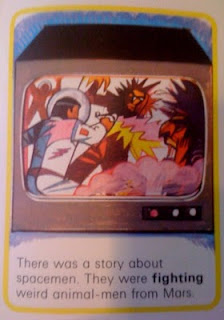 I love Raumpatrouille Orion. And now I know how to spell 'weird animal-men'. 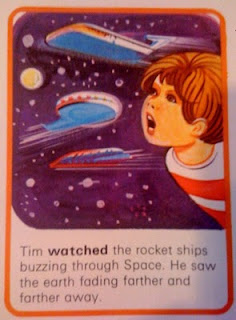 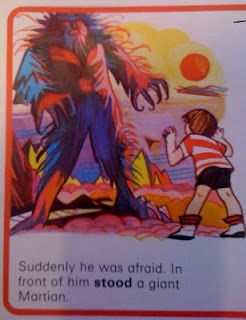 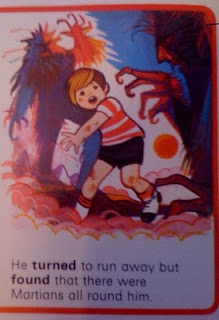 Look at the hand. The hand. Behind you. Still, it's OK though. 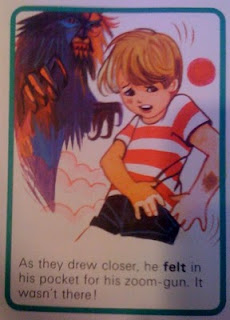 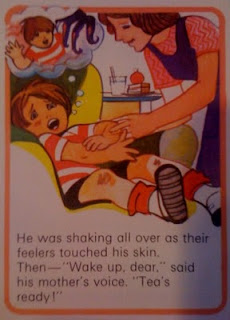 'He was shaking all over as their feelers touched his skin' has to be the best line in a kids reading book ever. This perfectly captures the genuine terror that children sometimes feel when watching science fiction on television. My parents used to let me watch 'The World at War' but when I first saw an episode of 'Quatermass and the Pit' when it was repeated on BBC2 in the eighties I almost shot through the serving hatch without opening the doors. I expect there'll be more from 'Words' later.
Posted by Between Channels at 12:53