We're back after an interminable wait to fix the scanner, and here is the magazine 'Spacemen' as promised. This copy was bought in Oxfam for 50p, which must be an Oxfam record as most of it's books are somewhat on the pricey side. Rather charmingly the cover bears the date March 1964, which has then been blacked out and replaced by 'June'. It's billed as 'The World's Only Space Movie Magazine' and was a precursor of the various cult TV / SFX type publications. The chief interest in 'Spacemen' is that it must have provided the only source of information on SF and fantasy films for many fans in the early sixties, and probably the only source of images. The pages of the magazine are full of adverts for 8mm prints of films, spoken word LPs and film-related books and comics. You can also buy Venus fly traps and parachutes, but that's another story. 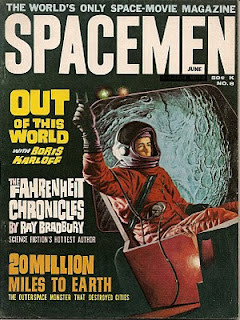 The 'Orbituary Department' section is the one that really catches the attention of the modern reader. Fans write in and request a still from a film that has caught their eye or stuck in their memory - so we get a printed image that confirms a fleeting impression from a film seen in the recent past. What we don't know is whether, for example, Fran Keylark thought that the Martians from 'The Three Stooges in Orbit' were worth the price of a stamp (I for one think they do). For all the technology and fantastical happenings that these sci-fi films portray, the society that produced them was unable to produce a way of capturing them and allowing their fans to watch them or look at still images 'on demand'. The fact that I can now, with a few keystrokes watch the 1958 clinker 'Queen of Outer Space' for free says a lot about the strides made in digital technology in recent years. It's poignant to think that we now have vastly more technology in our homes than is portrayed in these uber-futurist fantasies of the late fifties and early sixties, and probably more poignant that people cared deeply enough to write a request to see a single picture. 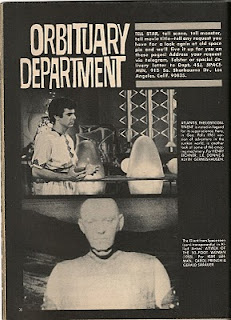 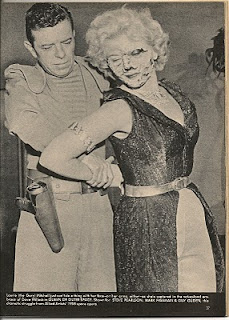 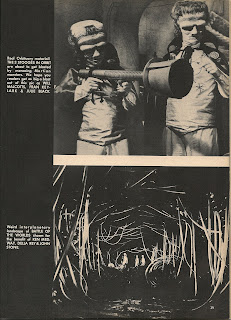 As well as the requests service, 'Spacemen' also played a practical role by informing readers of new sci-fi and fantasy releases. Stills accompany the listings and some of them look great. I really want to see German film 'Sonny's Flight to the Moon', if only to confirm that it really does have six women in bowler hats and snorkels patrolling the lunar surface with umbrellas. Anyone heard of it? 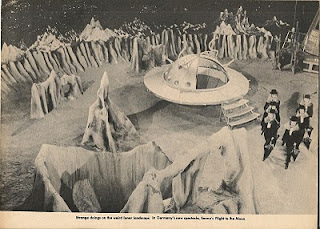 Then there's 'Planet of the Storms', the 1962 Russian film that was later chopped up and used as the basis for Curtis Harrington's 'Voyage to the Prehistoric Planet' and the Peter Bogdanovich / Mamie van Doren barrel scrape-athon 'Voyage to the Planet of Prehistoric Women'. Interestingly (to me) the black and white pictures I scanned from 'Spacemen' look much more like images from Mars or Venus than the crisp, full-colour cinematography of the actual film. 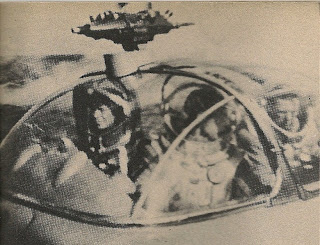 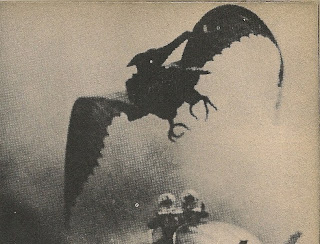 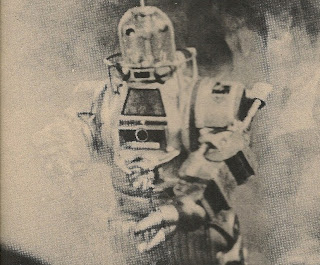 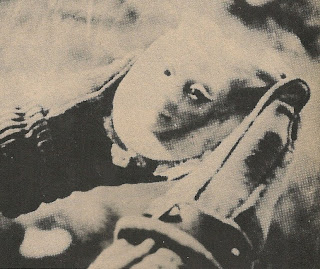 Inevitably there will be more from 'Spacemen' later. And if anyone really has seen 'Sonny's Flight to the Moon', I'll send you a letter requesting a synopsis and photograph.
Posted by Between Channels at 15:12