Comet in Moominland plus last Words

It's nice to be back after a brief holiday in Venice. I took my camera and expected a haunted medieval archipelago, wreathed in fog and full of medieval-faced extras from a Fellini film. As it turned out (thankfully for Mrs. BC) it was really sunny and so all the pictures I took were ones of duomos and gondolas and things, and so of absolutely no interest to anyone who regularly reads this blog. I did however, find this: 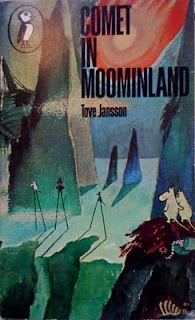 Hmm. Sort of a Dali-meets-Quatermass feel to it, although the Moomins were always one of the most matter of factly odd creations in children's fiction so I wasn't entirely surprised to see a science fiction style cover.

In addition, I found a few more pictures from 'Words', although they aren't as spine-chilling as previous examples. 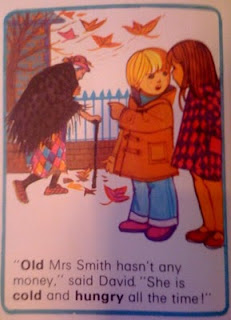 A prescient look at the effects of coalition cuts in the elderly care budget. 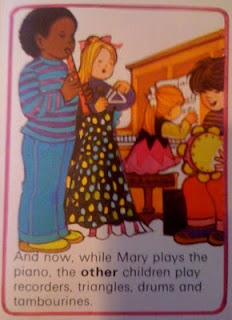 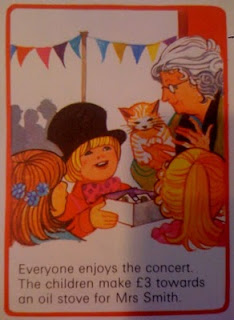 The late Brian Jones hands over the proceedings and a hazardous oil stove will soon be bubbling away in the corner of the parlour.
Posted by Between Channels at 07:17