I've recently come across two books published by B T Batsford about the use of film making in education. The first (and the origin of the following scans) is called 'Film in Teaching' by Keith Kennedy (Batsford, London 1972) and details how to use film and videotaping as a way of teaching primary and secondary school children. It is full of wonderful black and white stills and photographs from student films and I've been scanning like mad over the last couple of days. The first series, reproduced below, is from a play called 'Barabbas' written by 13 year olds. They look like stills from a Bugsy Malone-esque biblical epic as filmed by Peter Watkins. 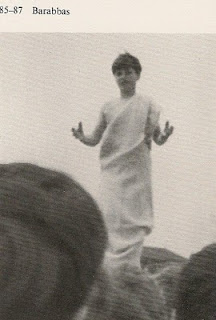 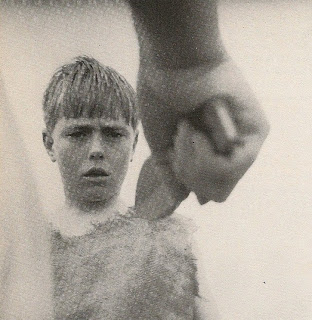 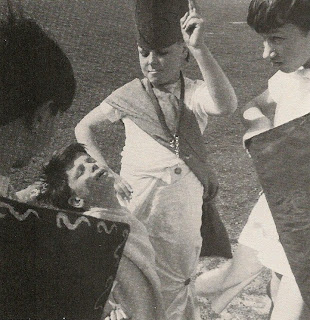 Posted by Between Channels at 07:00