We're staying in the Midlands for the second part of our trip back to 1968, this time going to Birmingham. Or rather, a particular part of Birmingham city centre. 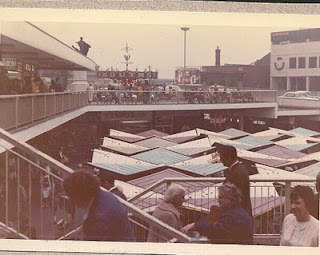 C.E. Fudge found this part of town to be 'cluttered', which is something of an understatement. The air seems to hang heavy as the pensioners trek up and down the concrete stairs. I like the rococo roundabout in the background though. 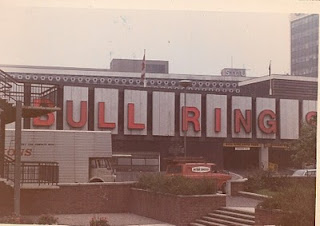 It had to be here, really. 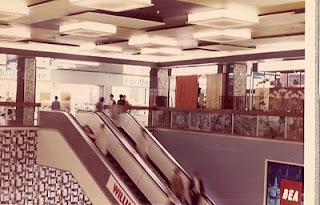 The jogged, blurry style is great on the escalator here. Check out how little Mothercare have changed their branding since 1968, although the ceiling is a little too 'Summerland leisure resort fire' for my liking. This picture actually puts me in mind of the start of 'Scanners', if it had been filmed by Michael Reeves in 1968. 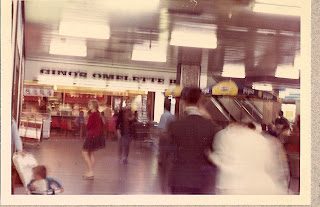 Taken on the hoof in the middle of the thoroughfare, this picture gives us a type of fast food outlet that has now died out. Again slightly Michael Reeves-y, only this time it could be a still from that one where Boris Karloff and his wife take over Ian Ogilvie's mind. 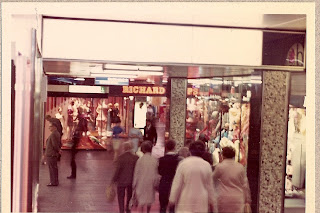 Everyone on the go here except for the gentleman in the brown suit on the left, an oasis of calm in a bustling neon arcade. C.E. Fudge doesn't like the Bull Ring all that much and you can tell by his / her photos - taken quickly with little care for composition or detail. We're going down south next time. See you there!
Posted by Between Channels at 05:00