When C.E. Fudge arrived in Stevenage it was raining. Still, he / she rather liked the place, although we only get a few quick pics of the town centre. 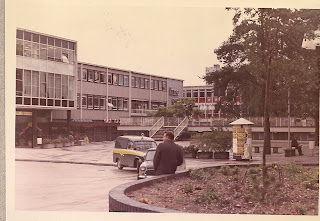 A man and a van. Austin A30 / 35 based? Wish I knew what those posters were advertising. Probably wrestling. 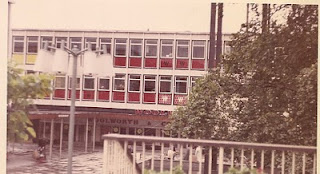 A bit wayward from Fudge - perhaps he / she was distracted by the noise of that person buffing the paving slabs in front of Woolies. 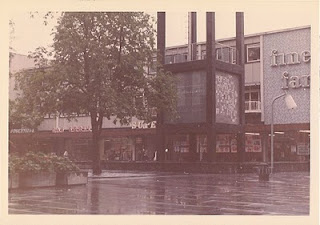 There are some amazing posters in the window of Fine Fare - if only C.E. had got in a bit closer ...

That's it for Stevenage. It's now off to - 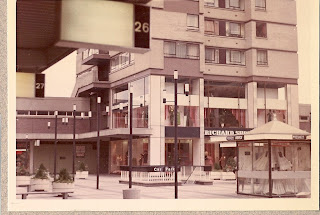 Jesus. There are so many vertical and horizontal axes going off in this picture I don't know what to do. At least there's Richard Shops to calm us all down. 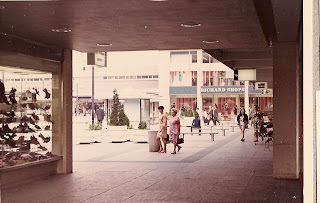 Beautifully composed. Just enjoy 1968, and how town centres used to number shop units on the signs overhanging the front. 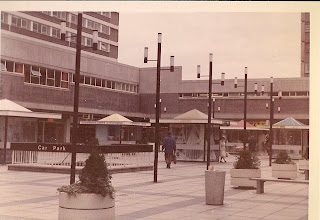 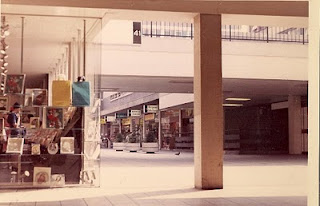 Lovely. Note the 25 year wedding anniversary horseshoe in the window of the card shop. That would be for a 1943 wedding. 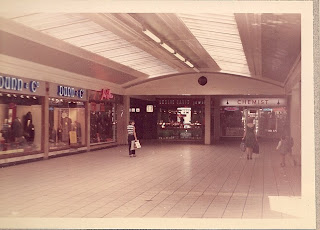 I wonder what caught the girl in the stripy top's attention? Those children on the right? I wonder where she went afterwards? Leslie Davis'? Home? Is she still alive? These pictures pose so many questions - I think I may go out and photograph my own city centre, just to leave a record. And where are we going next? Ah, just have a look in a couple of days...
Posted by Between Channels at 16:16