Roddy McDowall's only stab at directing - from the glimpses here maybe it should be filed under 'dated but intriguing'?

Folklore-wise, Tam Lin was kidnapped by the Queen of the Fairies and can only be rescued by a virgin. Roses are plucked in forests, transmogrification occurs and I would love to see how this is applied to the screenplay (Gardner = Fair Queen, McShane = Tam Lin I'd imagine). It's also filmed in Edinburgh. Anyone seen it? 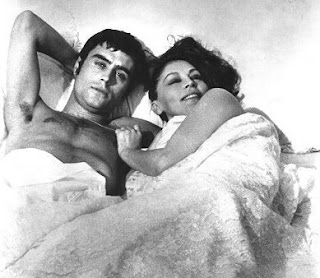 That's probably the Queen of the Fairies and Tam Lin right there.
Posted by Between Channels at 09:14