Smokey Blue’s Away (and returned)

Hullo. I’ve been away for a little sleep and woken up covered in dust with leaves in my eyes. As my young family coughs and snorts abed all around me, what do I see? Well for a start, a country absolutely buggered about by politicians of every hue and a general sense of snarling division and malaise. What else? A seeming growth in the concept known as ‘hauntology’, with ‘ole great books published about how our memories and landscape have reverberated and ricocheted through our consciousness over the years. There’s new music and films and a strain of interest in what him off of the League of Gentlemen has called ‘Folk Horror’. Nothing about covered markets or 70s little old ladies though, mores the pity. But I digress from the real reason for my reanimation.

This is the only known film of Muffin playing The Sutherland Brothers ‘Smokey Blues Away’, and one of the few surviving clips available from ‘Lift Off with Ayshea’, ITV’s musical show, which seem to have featured a rum collection of artistes who never quite chimes with the record buying public. The clip seems to have been uploaded by Muffin’s bass player, who recorded the performance from his TV on Super 8, and then dubbed the rather groovy music over the top. The only known faded clip of a band appearing on a wiped TV show, playing a song whose tune is based on the Hovis theme (one for you Classical music lovers).  If that’s not hauntology, I don’t know what is. Now where’s that book deal? Be seeing you!

As a regular buyer of the fantastic Shindig magazine, I regularly leave it lying around in the living room for one of my two small children to tidy away.  This song was one I often sang to my son as he screamed gently all night as a baby. Picking up the last issue, he squinted at a picture of Flintlock or some such, and asked, “Daddy, is that Smokey Blues?”  Nothing ever dies if you keep it’s memory alive.
Posted by Between Channels at 16:12 8 comments:

What with the pram in the hall being the enemy of buying secondhand magazines, books and records and all that, I don't really do this anymore. Items long-earmarked for posting have been bound up and stored away whilst the nursery gets another shelf unit for between channels junior's books. There are some very beautiful children's books out there at the moment, many of them self-consciously harking back to the 60s and 60s. Anyway, I don't have any more stuff to put on here at the moment is what I'm saying, and my amount of posting has certainly dropped off over the last 3 years!

Many blogs have transferred to tumblr, which a. I hate and b. Am too old to start trying to like. Others have shut down, like found objects, which was my gateway drug into this world, so to speak. It would be super to know what happened to it, so if anyone knows please drop me a line as I don't have all of the old scans or objects anymore. I'm not deleting between channels but will be investigating something else. There's too much material on it to delete, and I like to think that someone out there is still interested in old shopping centres and 80s grandparents.  If anything new pops up I will put it on. If anything new is spawned on the web, you will be the first to know. But that's it for now. 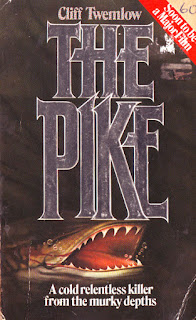 Great book! Great cover!  Especially the banner in the top right-hand corner!  No, not 60p, it cost £1.99, the robbing bastards!  Soon to be a major film!  Surely this would be a great cinematic event, added to the Brit-horror canon of recent years up with Hellraiser and, er, all those films with Craig Fairbrass in them.  But sadly, as you (the only reader) and I both know it was never made.  Joan Collins never got the chance to bat off a paper-mache pike in Lake Windemere, no matter how much you screw up your eyes and hope it'll happen (I do this when I want to see more of the Clockwork Wizards band in Dr Phibes).  There is a little more to be found here.  But what of the author? 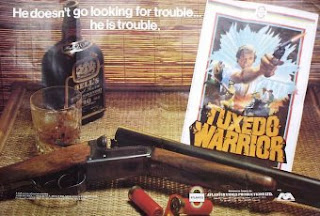 between channels on tumblr

Hello. Amidst the whoop and pulse of oscillators and the clack of teleprinters I neglected to mention that between channels now has a tumblr presence as well, a growing repository for things even flimsier and of less consequence than the blog entries occasionally found here.

There we are. Be seeing you!
Posted by Between Channels at 12:40 5 comments:

You might think this is an extract from a set of 35 photographic action cards published in 1977 to be used in schools, but you'd be wrong. This is actually a time capsule - each subject perfectly frozen in time during a boring Easter holiday, doing whatever it is they were doing at the time. Be it eating an apple with a look of nausea, pushing the family's broken-down estate (note the rust speckling on the lower sill of an already new-ish car), skipping in the world's bleakest driveway or just bullying a big-eared boy in the garden, all of these young people are being absolutely natural and normal in their seventies way. I hope it brings back memories, creates false ones and even moulds psychical forces that will help free the subjects from their metaphysical amber. 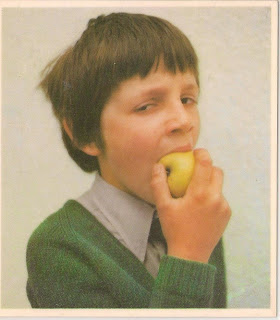 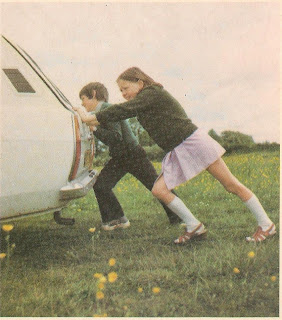 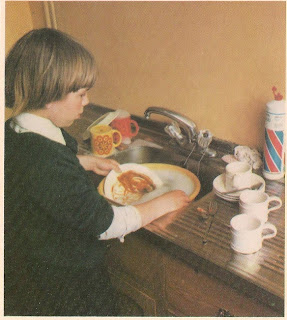 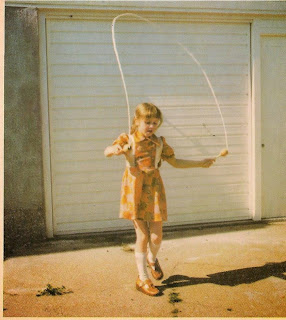 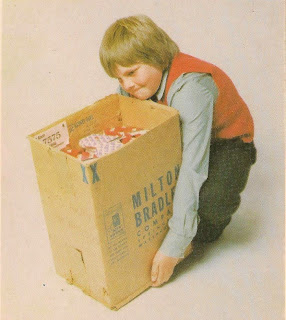 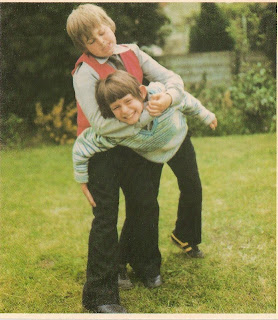 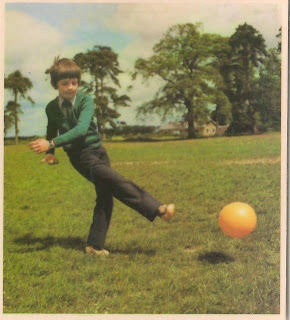 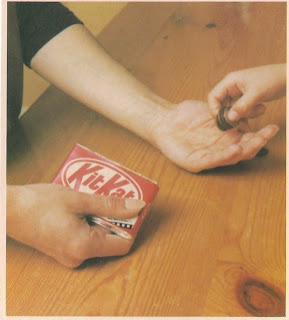 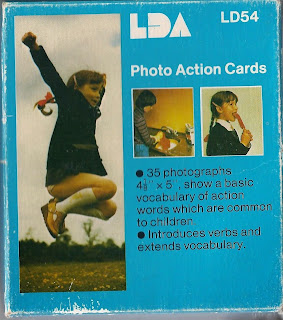 Posted by Between Channels at 10:57 3 comments:

Posted by Between Channels at 11:30 6 comments: